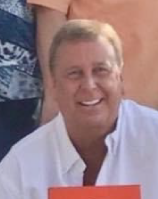 As Chief Officer of Culture and Climate, Dr. Billy Ferrell is currently in his 4th year of service at Cityscape Schools. Before coming to Cityscape, Dr. Ferrell served as the academic dean for Remington College for over 21 years. While serving at Remington College, he was instrumental in the institution earning two College of Distinction awards from two separate accrediting agencies. He began his career as a high school Spanish teacher for the Plano Independent School District.
He has a bachelor’s degree in Spanish and a master’s degree in education, both from Oral Roberts University, and a doctoral degree in educational leadership from Argosy University. While in college, Dr. Ferrell was selected as Who’s Who in American Universities, as well as the National Register of Outstanding College Graduates. After college, he was selected as one of the Jaycee’s Outstanding Young Men of America in 1985. A highlight of his educational background was being selected Teacher of the Year for the nationally recognized Plano Independent School District in 1990. In 2018, Dr. Ferrell was appointed to serve as a commissioner for the Accrediting Council for Independent Colleges and Schools, a national accrediting agency located in Washington, D.C., and was recently elected to serve as chairman for the governing body for 2021.
Return to Staff Directory >